Howard Hawks Ball of Fire is an urban update of the Snow-White fairy-tale with an urban twist. Ball of fire was written by Billy Wilder with Howard hawks directing this movie. It remains one of the finest screwball comedies ever put to the screen.

Ball of fire remains one of my favorite screwball comedies all time. This movie has such wonderful acting by Barbara Stanwyck and Gary Cooper. The ever wonderful Barbara Stanwyck really leads the show as Sugarpuss O’Shea who hides with them for her gangster boyfriend whom she becomes best friends to them in the end. She plays the role in a very wonderful way that really charms you to watch on the screen. Barbara Stanwyck is warming up in this movie for her acting skills are truly growing as it goes along to its ending. . Gary Cooper gives us one amazing performance for the screen.

The groups of professors are all very good supporting actors as Oskar Homolka and Henry Travers and S.Z. Sakall and Tully Marshall and Leonid Kinskey and Richard Haydn and Aubrey Mather whom I would say all give out such wonderful performances on the screen. I would say Henry Travers is among cast of the stand out character actors as he played the angel its Wonderful Life as he plays such an amazing role for this movie. I would say each of these professors are played by very wonderful character actors that each give out wonderful performances. Allen Jenkins is a garbage man seeking knowledge for pecuniary gain as he gives a very good acting   performance. The movie has very wonderful acting by everyone in its cast of talents. 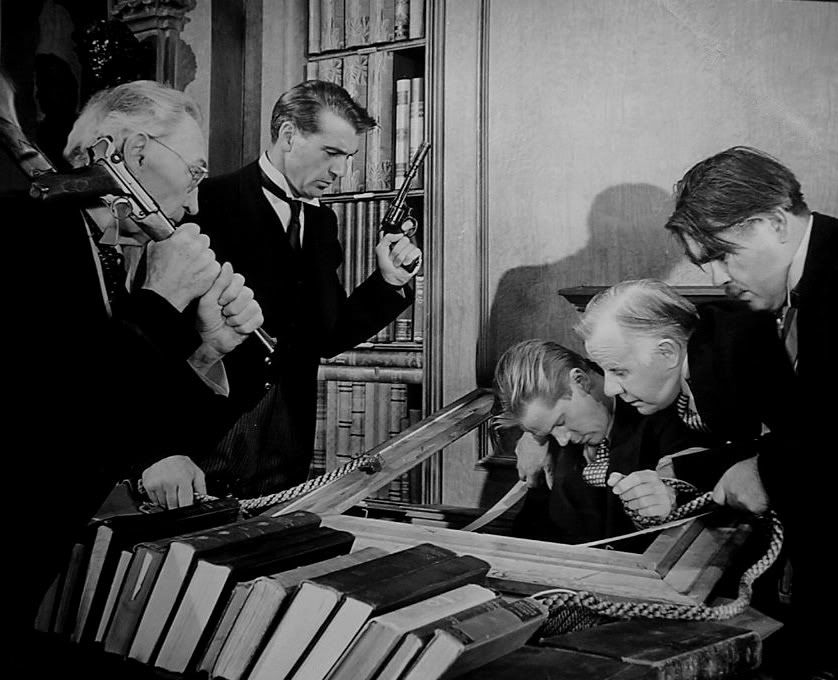 Dana Andrews plays against type as a gangster in one very good performance for this amazing actor of the screen as he as the gangster boyfriend of Sugarpuss O’Shea for this movie. Mary Field as Miss Totten, the daughter of the wealthy inventor who created the foundation really gives a good performance in her role. The whole of supporting cast of many great acting legends all give such wonderful performances.

Ball of Fire is one amazing classic that you should see today.