I am a huge Buster Keaton fan as I simply adore his work so much as it is one of the biggest joys for me to watch his work on screen as he simply is a wonderful act to watch on screen. I would say he ranks among the best of comedy legends all time to my eyes. Buster kreaton is simply one of the true founders of modern comedy. He is simply a marvelous legend that may be one of the best of silent comedy legends all time throughout his cinematic career, Buster Keaton was never particularly considered to be a producer of films that were socially or politically engaged yet his work on the screen is bar none among the best of silent comedy before e Edgar Wright and Wes Anderson, before Chuck Jones and Jackie Chan, there was Buster Keaton, one of the founding fathers of visual comedy.

I talk about him today for The Fourth Annual Buster Keaton Blogathon which i frankly hope enjoy my talk and read other works form this wonderful event.

The General is a roller coaster ride of laughter.  The General was a critical & commercial failure during its time of release but is now considered as one of the greatest films ever made. The General is Buster Keaton’s magnum opus as even if I adore Sherlock jr far more this movie. The General  manages to be so enjoyable for its whole run time  The General presents the silent star at the top of his game as it is inventive and creative with so many wonderful gags and stunts on the screen. It has many moments that are jaw dropping to watch unfold on the screen. The General is Buster Keaton’s most accomplished work as a director even if I love Sherlock jr far more then this marvelous gem. I find The General to be a marvelous classic that is truly one of his best movies he ever did on the screen that you should see today.

One film which stands up to critical re-discovery one of Keaton’s most celebrated Sherlock Jr (1924). It’s such a wonder this movie is a joy to watch. Buster Keaton is starring in a movie about It tells the story of the ‘Boy’ played by Keaton, a lowly cinema protectionist who dreams of becoming a famous detective yet it’s the wonders it does as he dreams as it breaks some amazing new grounds here as it’s a simple story that uses using pioneering cinematic techniques that would still evoke a sense of spectacle within modern cinema. Throughout the film, Sherlock Jr plays with ideas of reality and fiction and the distinction between them. The film employs two narratives, one imagined and the other set in the film’s diegetic reality. This parallel of narratives gives Keaton the ability to offer a comedic analysis of an individual’s identification with those on-screen. Sherlock Jr should be complex given its narrative and stories nature. It’s yet a wonder its simple idea of a dream makes many of the stunts seem so possible. Keaton is given license to instill a number of ‘gags’ which would seem implausible within a narrative set in reality. The cinema theatre is a good example of this, although there are several throughout the film. In one scene Keaton appears to jump through someone to escape, in another he jumps through a window into a moving car. By staging the narrative within a dream like world, Keaton can push the cinematic boundaries further than many comedians before him. Thus, Keaton can perform tricks than astound and amaze audiences while remaining somewhat plausible as its yet such scenes that make me smile at this marvel. Sherlock Jr is a highly imaginative and inventive film comedy that explores ideas of reality and cinema through experimental film-making techniques that make it something so inventive and fresh that it stands as one of the wonders of cinema with outstanding Cinematography marks it to be a true masterpiece.

Seven chances is A nearly perfect film, and for my money the only Keaton feature that sustains the invention and exuberance of his best shorts as it does keep many of the traits of his shorts bringing them to screen.  Buster Keaton’s  Seven Chances is an amusing look at love, marriage, and money that is such a fun little gem to watch anytime. 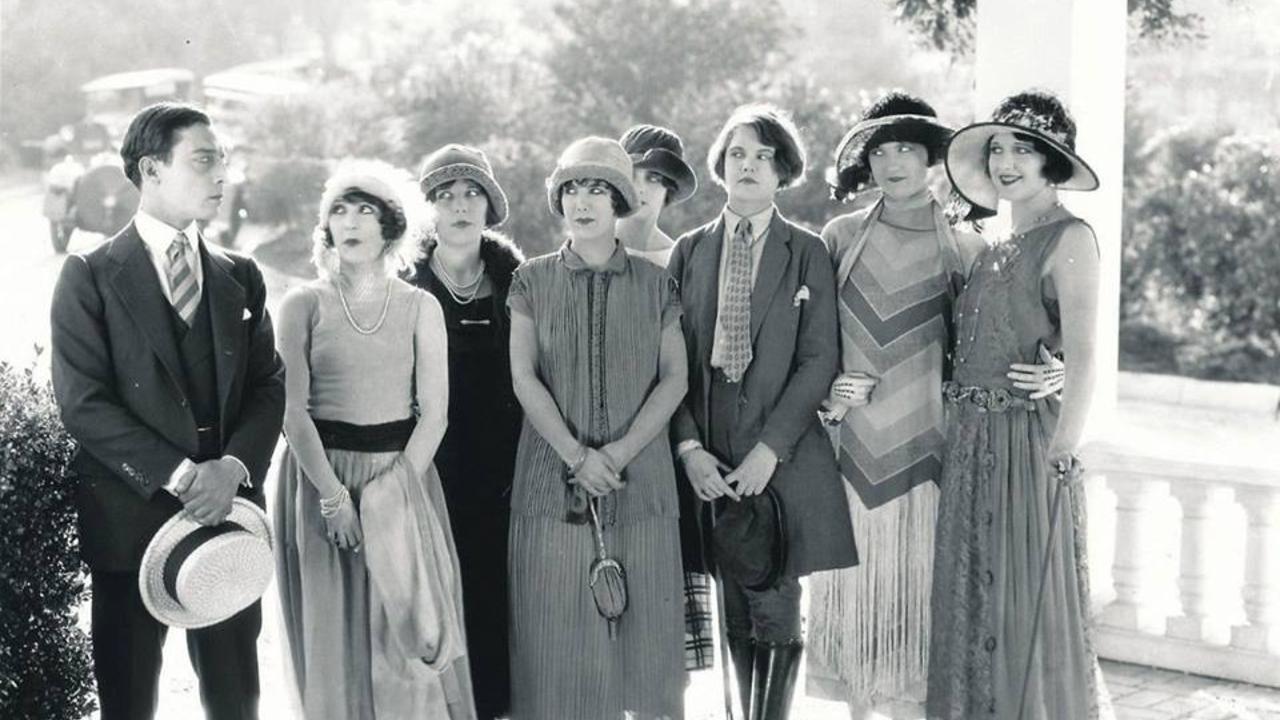 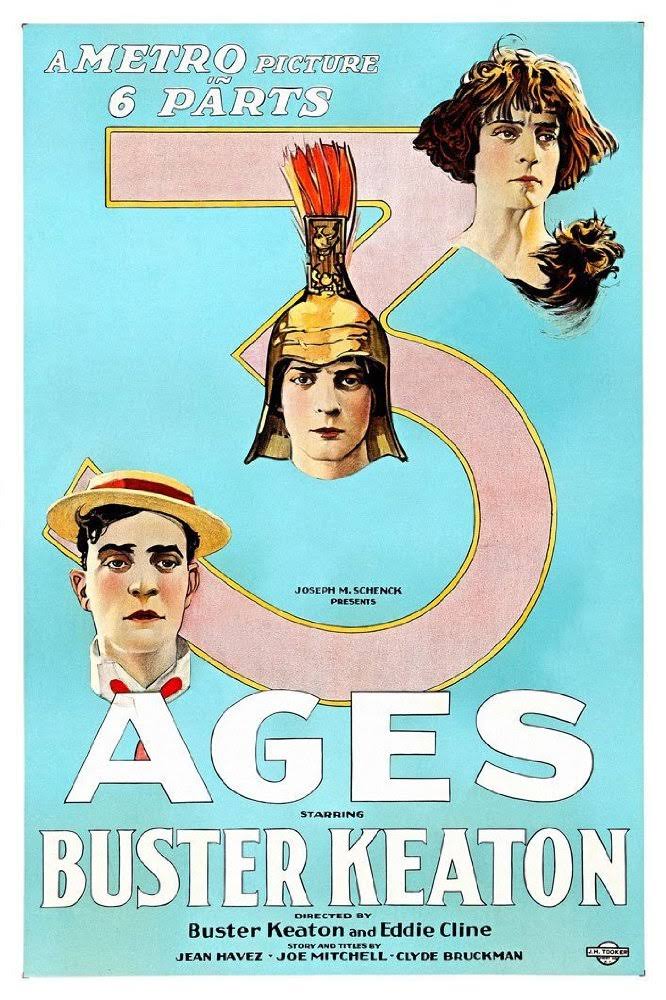 Latching onto the massive concept that D.W. Griffith put forth in ‘Intolerance Buster Keaton makes one of the earliest spoofs by sending up Griffith with essentially with essentially a rom-com set in three periods of time.  It is so funny to watch Buster Keaton in each period of time try to win girl a form a caveman to modern day. Each setting has its highlights with the always wonderfully constructed chases that Keaton does so wonderfully well on the screen with such wonderful gags and shots that all stand out in each period of time. It’s a rollicking good time and for Buster’s first independently produced feature is truly a classic must see. I simply adore buster kreaton because he simply could make any simple gag and many complex gags all work together as I went through his shorts and movies I found that he simply is marvelous with his timing that he manages make any gag truly stand out by his timing as he makes simple gags and many ladder gags all stand out. He is also a wonder with mechanical gags and he adored trains and other modes of transport as he would often use them in his gags and shorts and movies all of his gags were truly amazing as he did some groundbreaking work in some of his movies such as breaking fourth wall in Sherlock jr to his inventive sets and way each set and idea was done on screen as buster was truly a wonderful master of comedy that still inspires everyone today.  I hope you enjoyed my talk on his works for his tribute today for The Fourth Annual Buster Keaton Blogathon today as always until next time.

7 thoughts on “Buster Keaton: the joys of silent comedy”