Doctor who turned 55 years old a few days back on November 23,55 years ago Sidney Newman created an amazing idea of a hero. It’s hard to talk about the importance of an imaginary hero. But heroes ARE important: Heroes tell us something about ourselves. History tells us who we used to be, documentaries tell us who we are now; but heroes tell us who we WANT to be. And a lot of our heroes depress me.
But when they made this particular hero, he did not give him anything beside a simple idea of being a traveler that is just kind, the doctor doesn’t need guns or anything just a sonic and a friend to go along with the doctor. This particular hero, they didn’t give him a gun–they gave him a screwdriver to fix things. They didn’t give him a tank or a warship or an x-wing fighter–they gave him a box from which you can call for help. And they didn’t give him a superpower or pointy ears or a heat-ray–they gave him an extra HEART. They gave him two hearts! And that’s an extraordinary thing.
There will never come a time when we don’t need a hero like the Doctor as few heroes are like the doctor i felt to talk the doctor as something so special to me today as I am a huge fan of doctor who so today I honor 55 years of doctor who by talking about what makes this show so magical. our destiny is in the stars so let’s go and search for it 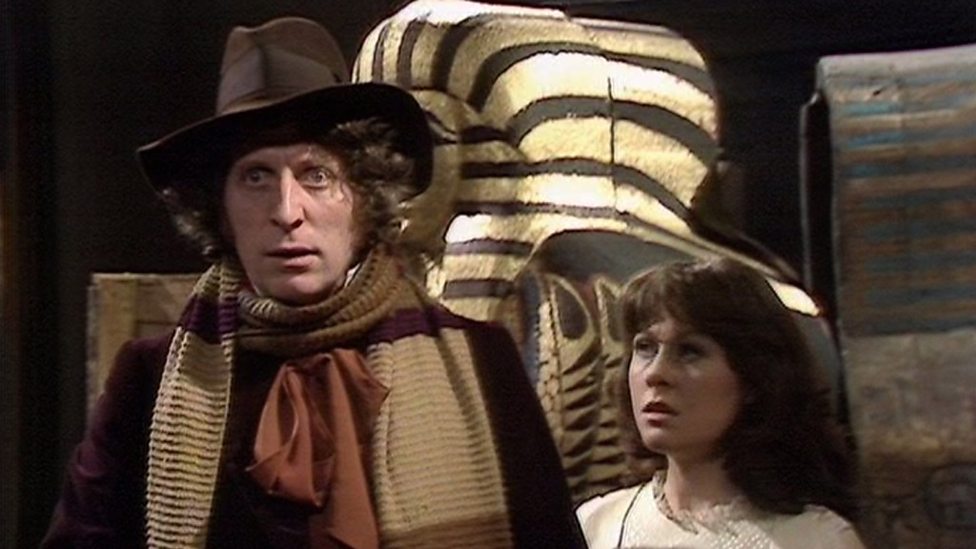 Doctor who became so beloved is because the doctor is such a wonderful novel idea for a hero. Sidney Newman created an amazing idea of a hero. It’s hard to talk about the importance of an imaginary hero. But heroes ARE important: Heroes tell us something about ourselves. History tells us who we used to be, documentaries tell us who we are now; but heroes tell us who we WANT to be. And a lot of our heroes depress me yet the doctor does not because the doctor is a hero that was given noting more than just a sonic screwdriver and two hearts that just saves the day by being just kind and helpful to everyone.

I recall when first saw doctor who when I was younger I saw on Sci-Fi Channel an episode of doctor who called father’s day. It always holds special place in my heart because the story shows the companion Rose Tyler going back in time to meet her father Peter Tyler it’s a very fun story that made me a lifelong fan of doctor who.

By the time 1969 rolled around, Patrick Troughton had already proven that it was possible for Doctor Who to replace its leading man and emerge not just unscathed but revitalized as the show was going through new changes that he faced as his doctor as Doctor Who faced a major change to its format and the doctor was exiled to earth it made his doctor more having depend on his heroism to save the day. He is one of my favorite doctors as he heroic nature and ways make him truly a special doctor as the doctor became a heroic figure with the third doctor. where is heroes like the doctor to save the day?

Jon Pertwee’s background was in comedy. Featuring in various films, he was most well known for starring P 18 years (1959–1977) playing Chief Petty Officer in the show The Navy Lark. Doctor Who was his big chance to break away from the perception the public had of him. As a result, the Third Doctor’s character was different then on ways he acted on the screen as a more a generally serious man, heavy on the charm which is what makes him so special.

The Doctor is an alien stranded on Earth, and sometimes he feels more at home with other alien races. Certainly, he strongly empathizes with their plight in some cases. Season 7 is largely unique in terms of approach and style to the rest of Doctor Who it’s a more grounded scfi show. Its nature is how the show often works best at times to ground down the scfi to reality to make monsters feel connected to our reality

In a period of such uncertainty, the commanding presence of Pertwee’s third Doctor – an ‘authority figure’ who allied himself with the military organization UNIT – was precisely what the series needed. I would say his doctor was a charming doctor that could save the day.

Of all the Doctors, the Third Doctor was the king of combat. He usually relied on his famous mastery of Venusian Aikido, but was not above bare-knuckle fisticuffs when provoked. Armed guards? Ogrons? Sub-human mutations? He had them all for breakfast. He even took on a Sontaran once, though in that contest he came off second best. His greatest fight was undoubtedly his fencing match with the Master that i feel is such a wonderful thing to watch unfold on the screen.

Brigadier Lethbridge-Stewart played  played by Nicholas Courtney was another amazing person with the third doctor as he truly was one of a kind. He always remains the doctor’s friend to the end. He was a wonderful actor that made the role forever beloved by fans.

Jon Pertwee was brilliant in all sorts of ways. During World War II, Pertwee was an officer attached to the Naval Intelligence Division in which he worked alongside Ian Fleming. Yes, that Ian Fleming. In this position, he reported to, met and talked with Winston Churchill. Part of his role was to teach Commandos how to use gadgets like tobacco pipes that fired bullets. Now the origins of Pertwee as the heroic figure take root form that moment. Its when he died we see the doctor’s heroic nature face his fears. Jon Pertwee truly is one of a kind in terms of doctors.

The role of the companion is a well-loved tradition in the long-running BBC One science-fiction series, now a worldwide hit, and an integral part of the show’s success. I would say i picked her as the prime example of what an amazing companion because she is the simply best example of the best one to play the role. Sarah Jane’s story started long before I was born as she was coming at end of Jon Pertwee’s time in Doctor Who was coming to a close. For the majority of his run he had he had been accompanied by Katy Manning as Jo Grant. Elisabeth Sladen played simply the best companion ever to my eyes.

From the outset, Smith was wildly different to her predecessor. In her first story, The Time Warrior, not only does Sarah at one point set about kidnapping the Doctor, but she also attempts to bring the Women’s Liberation movement to the Dark Ages. And she absolutely will not make the Doctor a cup of coffee, no matter how patronizingly he asks. For want of a better word, Sarah Jane Smith was a companion with balls.

It was when paired up with Tom Baker’s Doctor, though that Sarah Jane came to life fully as Elisabeth Sladen and tom baker really play off each other so well with such charm. Sarah was able to start having fun. With a more carefree Doctor and the strait-laced Harry Sullivan in the TARDIS it made her charm even lovelier as by time she left it broke the hearts of fans as she was so loved by everyone. The brilliant Elisabeth Sladen was truly outstanding with her acting in the role.

The story of Sarah Jane Smith as we’ve been told will never end. She lives on in the current crop of Doctor Who companions, having been the one who definitively proved that who companions didn’t have to be subservient screamers as she simply defined what it meant to be the doctor’s best friend.

William Hartnell  was a wonderful actor that made the doctor by bringing to life this magical role with his wonderful performance as the doctor. He was a daft old man with charm that made him quite likable to everyone. I want to thank him so much for all he did to make it come to life. he always is a speical doctor for all time.

The Doctor encounters the legendary Robin Hood and duels him using only a spoon. i dont need a need sword i have no need for it. the doctor’s a man able use only a spoon and save day. Its what makes the doctor so fun and charming in any version of the doctor. Its quite fun to see doctor defeat just a spoon. The doctor does the impossible as can defeat any foe with just the wits of the doctor.The doctor is one of kind in terms of heroes as doesnt need anything but just wits and charm to save the day.

Jodie Whittaker is quite believable in her role as the doctor as there are strong similarities between Whitaker’s performance and the Tenth and Eleventh Doctors of the doctor. She has Ten’s mood switches, and the spinning and jumping from place to place of eleven but with her own unique twist to the role as she gives out such a wonderful performance upon the role as the latest doctor who is quite amazing in the role. The doctor’s main role in every-life time of the doctor is about a person here to here to help save us. The doctor does whatever is right no matter what. The doctor is a hero that everyone will always adore forever.

Doctor Who became a part of my life a long time ago. He changed me cardinally. I can say that I grew up on it and it is part of my childhood. And this series made me believe in miracles.  I want to say thank you to the series, creators, actors for changing my life, for giving the world magic! Happy 55th Anniversary! 1963 – 2018

I hope you enjoyed my talk on doctor who today,the doctor truly will always be with us forever.  I want to say thank you to the series, creators, actors for changing my life, for giving the world magic! Happy 55th Anniversary! Doctor Who