7 Faces of Dr. Lao is a marvelous tale of magical realism. It is an amazing tale of classic story-telling that is a wondrous pastiche of western motifs, comedy, and fantasy movie with simply a wonderful outlook on what makes you feel human. The film also works as a fairy tale for adults and children alike that can teach you many wonderful lessons on life. 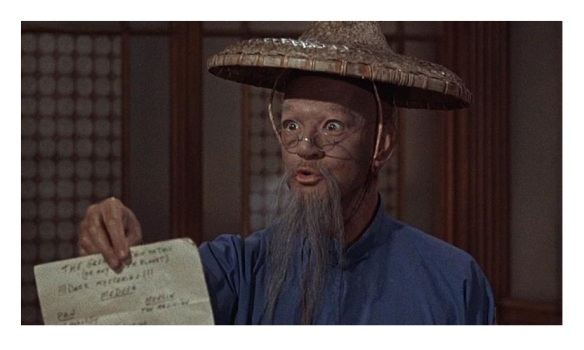 7 Faces of Dr. Lao is a marvelous performance for  Tony Randall who plays eight roles seven plus a cameo by him. He is just marvelous. Randall’s Lao is a particularly cunning characterization that is simply one amazing role that you will adore to watch him play form start to finish. Randall’s great performance couldn’t have been accomplished without the then state-of-the-art make-up effects created by William Tuttle that creates some of the best make-up effects in any movie. He received an honorary Oscar for his groundbreaking work (the first Oscar ever to a make-up artist). The special effects, which consist mostly of stop-motion model animation that is simply marvelous stop-motion animation that may be some of best ever done for flim which may remind you of the work of Ray Harryhausen (20 Million Miles to Earth, The 7th Voyage of Sinbad, etc) which is tons of fun to watch on-screen anytime. 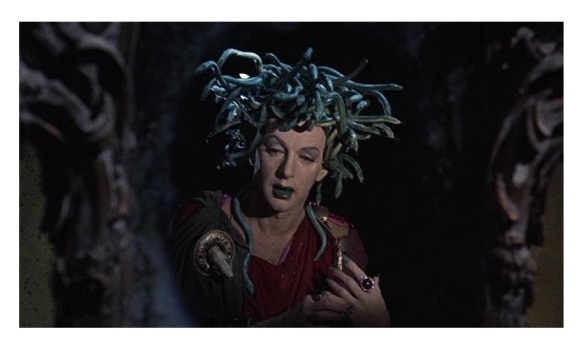 Randall’s performance and Tuttle’s make-up work is reason enough to watch this classic gem of a movie that is a fairy tale.  The rest of cast is pretty great too. Barbara Eden (TV’s I Dream of Jeannie) plays Angela Benedict, the Widowed Librarian, and John Ericson (Bad Day at Black Rock) is Ed Cunningham, the Crusading Publisher. Arthur O’Connell (Pocketful of Miracles), Noah Beery Jr. (TV’s The Rockford Files), John Qualen (A Patch of Blue), and Lee Patrick (Now, Voyager) also appear in key supporting roles as all of their performances are simply marvelous performances for each of them. 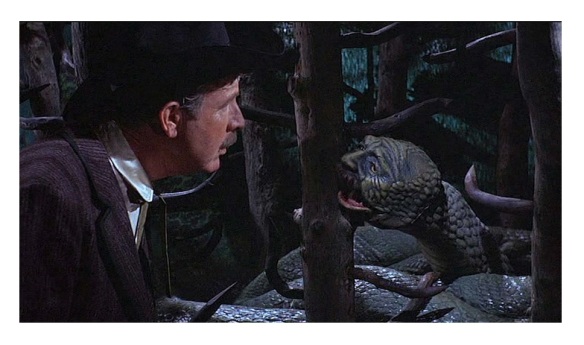 I have seen this weird western fantasy many times and I have always enjoyed it. It won a special Oscar for makeup, but it could have also been honored for its production design and costumes. It has the feeling of a children’s film, yet there’s a lot of stuff that’s not really intended for kids as simply this movie is for anyone young at heart. 7 faces of dr lao is simply a marvelous movie with marvelous effects and a wonderful cast that you should simply see anytime as this marvelous movie form start to finish. The film doesn’t necessarily push the envelope of fantasy, but its satirical tone and irreverent attitude have an ageless quality. All in all, it’s a helluva fun ride form that you wont reget watching at all.