why i love bette Davis

Bette Davis remains my favorite actress all time as my top favorite actress all time. A wonderful actress that was one of the finest actresses to grace the screen, she was one that gave me such wonderful memories of her wonderful image on the screen of a powerful woman. She stood out from other actresses because of her audacity; it was how studios owned the stars as she defied Warner brothers and others by not being owned by them. She was lifting the veil for women in film for their behavior and traits as she did what was right for the character as she was able melt into characters greatly that forever changed the game for acting.  She was a short woman but always stood out among every-one in the room, she truly is my favorite actress all time that I always adored to watch upon the screen. I recall my first impression of her in dark victory that role made me fall in love this remarkable legend upon the screen.  I pay tribute to her for THE FOURTH ANNUAL BETTE DAVIS BLOGATHON in honor of her birthday. I wish this legend a happy birthday as this article is a personal love letter to her today. I hope you enjoy it and check out others form the event.

why i love bette Davis

There is something so remarkable about Bette Davis. I recall my first memories of her when I was watching dark victory. I was watching this remarkable character that was such a marvelous character that showed her as this very spoiled soul that learned and changed in time growing to be this tragic character that ended up dying in the end but she was simply a marvel in this role showing her from her many different sides of personality as the ending when her friend last sees her it broke my heart first time I saw it.  The movie is a powerful example of why you can adore this wonderful actress. Bette Davis gives a fine performance playing such an intricate character. that simply was this nice lady in Now, Voyager. I recall seeing her change and her transformation  in the movie is amazing to see happen as she changes so much in the course of the movie. Paul Henreid gives, what I believe to be, one of the most romantic performances in history in this film as he gives out such a performance in the role. When I come back to this film every so often, I find that it has a sort of calming effect on me, probably because it’s such an uplifting story which emphasizes the importance of finding you inner-strength and trying to share that strength with others who need it too as its simply an up-lifting movie that makes me so happy to watch anytime.

Mr. Skeffington is one of the great Hollywood melodramas has both Bette Davis and Claude Rains starring in one of her darkest melodramas. Bette Davis has the showy role in this epic story of a troubled relationship, but it’s Claude Rains as her Jewish husband who jerks the tears in this movie. Mr. Skeffington is a rewarding Bette Davis vehicle. Bette Davis’s performance is decidedly affected as she plays this Fanny as a young girl, but the pure talent and visual power of this actress makes one believe that she is truly the beauty that she is supposed to be as one would notice how her movements and responsiveness reinforce the sense of someone almost 15 years younger than herself then she transforms from young to old in such a marvelous change of her role to the older fanny as many did not like the makeup of her I find it to be very fine as we see such a marvelous role unfold on the screen by Bette Davis as I would place this performance in Bette Davis’ top tier, along with “Now, Voyager”, “The Little Foxes”, and “All About Eve. as this is another movie that made me recall why i adore her so much as an actress.

Bette Davis gives a great performance in Jezebel as the structure of the film is against the strong female character. Because she is so strong-willed she must be reshaped into a properly submissive southern belle but she really doesn’t seem fit that trend. It’s simply another character of Bette Davis that I feel shows her real range as an actress.

The letter is a A tour DE force from Davis as the colonial wife on trial for shooting the man she claims made advances at her. Her cold, layered performance shifts with the facts and only really exhibits genuine passion while she is killing someone that shows her truly powerful nature upon the screen. This film was the perfect vehicle for an actress like Bette Davis that is another classic of her movies I enjoy watching often that reminds me again and again why I adore this actress. 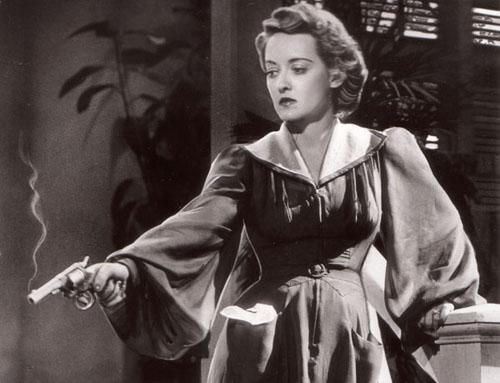 It would be the little foxes show Bette Davis’s bad side. Bette’s good at being bad. Bette Davis stars as the mercenary matriarch of a dysfunctional southern family as she gives such a remarkable performance that always makes me smile as she simply is amazing in this role on the screen. The whole cast is wonderful. William Wyler directs the A-list team and the result is one of my favorite Bette Davis films.

All About Eve was the movie that resuscitated Davis’s career which had been on the downward spiral for a couple of years as she showed she was truly able grow up for the role. It broke her mold again as an actress. It’s simply an amazing gem of a movie.

Today was Bette Davis’s birthday when I think to her range as an actress. I can’t think of anyone like Bette Davis gave out such a range of roles that showcased her many sides of her nature that also showed her range as an actress.  I never been happy with myself she said once as she never thought she was great as she was on the screen. It’s simply amazing to me that this wonderful legend did so many amazing roles that showed her power as an actress. I hope you enjoyed my talk on her today as I choose some of her roles to give bit of talk to show how simply great she was as an actress. It’s always fun to watch her anytime. I hope catch you again for another bumpy ride soon.

4 thoughts on “why i love bette davis”