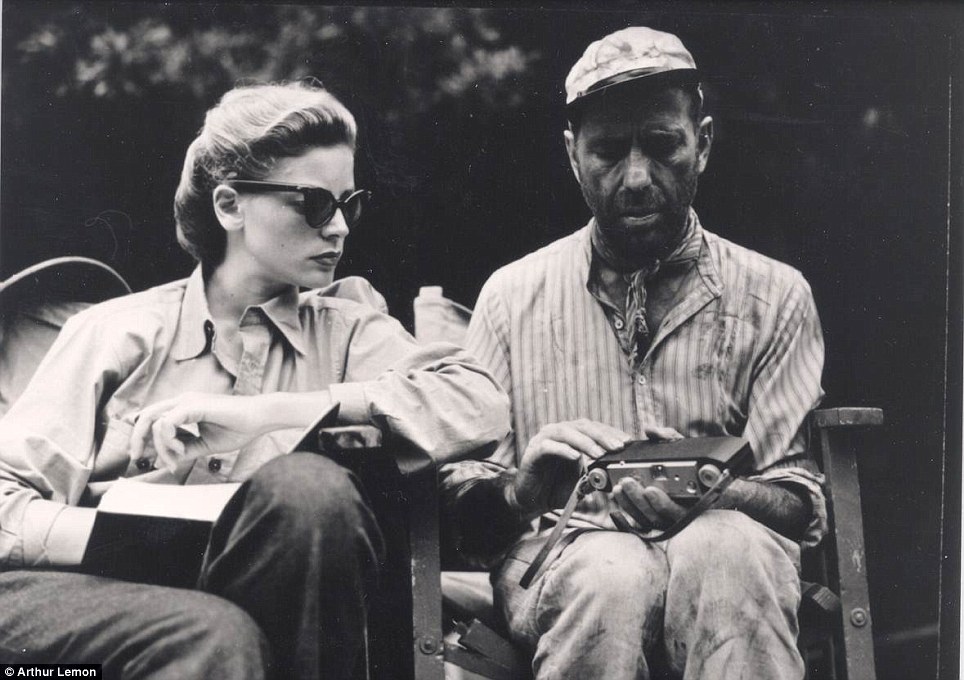 Today I talk about The African queen which frankly is one of my favorite movies all time as this American classic is something special to watch anytime you pop it into the screen. Over the course of a 26 year career that encompassed more than 75 movies, Humphrey Bogart made only five color films. The first and most respected of those was 1951’s The African Queen, the last of five pictures he made with his good friend, director John Huston. The African Queen also represented the only time Bogart was paired with Hollywood legend Katharine Hepburn as today I talk about this film that the duo made together for a review for the Katharine Hepburn and Spencer Tracy Blogathon hosted by my good friend Crystal Kalyana Pacey whom has has truly wonderful blog as i review this classic for it today. The African queen has Humphrey Bogart and Katharine Hepburn two of the most iconic figures in Hollywood history create a formidable duo in John Huston’s adaptation of C.S. Forester’s The African Queen. Set in the early days of WWI, The African Queen stars Hepburn as prim and proper English lady, Rose Sayer. Left all alone after the passing of her Methodist preacher brother (Robert Morley), she hitches a ride upstream from boozing Canuck Charlie Allnut (Humphrey Bogart), the captain of river boat, The African Queen.

At first glance, Charlie Allnut and Rose Sayer is an awful match. He’s all dirt and booze, while she’s all bible verses and proper grammar as this pairing has them united by events of her brother’s death by the Germans as they unite down the river we are treated to some very remarkable acting by the duo Humphrey Bogart and Katharine Hepburn that makes for the joy of this movie. The film manages to escape that trap, carrying us into a deep and full relationship we can scarcely believe with the same strident assertiveness as they both find their bond is very much real n raw as i think this duo’s acting makes for one of best duo pairings together in film. 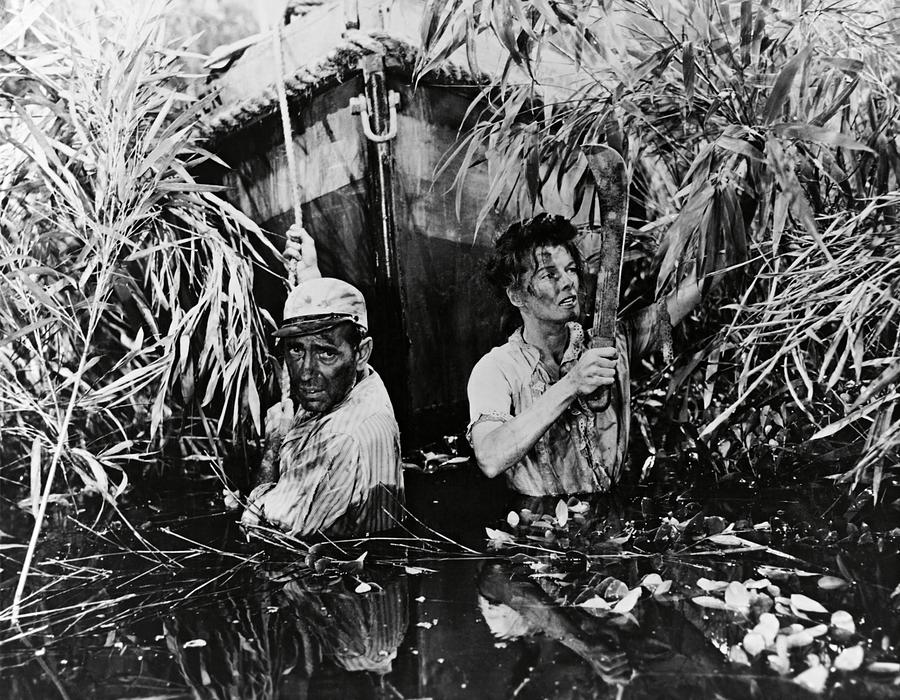 Great movie romances aren’t easy to accomplish, and the best ones tend to think outside of the box. Here we have two relatively older people from opposite walks of life falling for each other in a surprisingly short amount of time. It shouldn’t work, but it does. And as time goes on, The African Queen’s many breaks from typical romances only make it seem more modern and fresh that makes for such a fun watch as this movie has such remarkable direction n work on it that shows a love n detail by John Huston to craft out such a remarkable picture upon the screen. It’s a movie you should watch any-time upon the screen.

2 thoughts on “The African queen”