Today I talk about Black Narcissus. Swiss film historian Fredrik Gustafsson describes Powell’s work in post-WW2 as having a quality of “extravagant dreamlike passion.” One such example is their 1947 production of “Black Narcissus,” a movie which propelled Deborah Kerr to stardom and featured a burgeoning Jean Simmons. I re-watch the movie often as its truly a classic movie. So I hope you enjoy My talk and review of the Black Narcissus now.

Black Narcissus (1947) is perhaps most overtly infused with elements of horror and fantasy. It also stands out from their catalog of lush collaborative visions of both of them together make such masterpieces such as  The Red Shoes and their other remarkable classics as each of them are such wonderful classics. Cinema’s a multidisciplinary medium. In a perfect movie, all of its various elements would work together toward a unified goal: writing, acting, cinematography, editing, score that work so marvelous in this wonderful classic gem all are united to make this a marvelous classic that is perfectly one of the best movies ever made.

The flim is so hauntingly beautiful, and for good reason. Firstly, the film set a new technical benchmark for Technicolor cinematography building upon their past efforts such as The Thief of Bagdad (1940), The Life and Death of Colonel Blimp (1943) and A Matter of Life and Death as its color in Black Narcissus really is so impressive you feel like you are really visiting it with the cast as its a remarkable sight to behold upon the screen.

Black Narcissus is also memorable for its incredible characters whom are all played by a remarkable cast of acting talents that all give out such wonderful performances. Deborah Kerr is remarkable in her role as tortured Sister Clodagha registers every emotion, every longing, every doubt and every fear with her eyes and movements as she truly is so marvelous in this role she plays on the screen. A beautiful young Jean Simmons is sensuous as Kanchi that is such a good role showing her talent as an actress. David Farrar is Mr. Dean, the Englishman that is a very impressive role for him to play upon the screen. They play out such remarkable roles in their respective roles that all showcase the wonderful talents of its acting cast upon the screen.

It is the destructive power of emotions repressed and released that is most obvious in ‘Black Narcissus’, but more fundamental to this beautiful film is a stronger, yet quieter, ancient and more subtle power, that of place. The Himalayan setting is established surprisingly convincingly for the period, in a series of vivid shots that disclose the fact of that landscape’s power from the beginning. And the particular quality, the particular power of that place is continuously present in the wind that blows constantly, stirring every fabric, every soft thing. Only as that power of place begins to work its insidious magic on the nuns does it begin to reveal its nature. Everyone there is affected, their practical efforts diverted by poetry and passion. Somehow flowers are planted, not potatoes. The Young General (Sabu) falls in love with a dancing girl (Jean Simmons). Two of the nuns are drawn to the rough Agent, already sunk into the life of the society around him. Sister Clodagh (Deborah Kerr), the Sister Superior, initially drawn back to memories of her lover in Ireland, remains strong in her faith, yet is softened, becomes more human. Sister Ruth (Kathleen Byron), on the other hand, becomes maddened by jealous passion and it is her tragedy, itself peculiarly bound up with the geography of the place that brings the drama to an end. The testing of a few people brought together in isolation is a familiar theme, but this is an unusual example. Black Narcissus’ has an unusual symmetry acceptance of this tainted life. Powell and Pressburger are experts at using color. Instead of employing their Technicolor to simply make their film look pretty, the color almost becomes a character in itself, creating a feverish, hyper-realistic glow to the film. 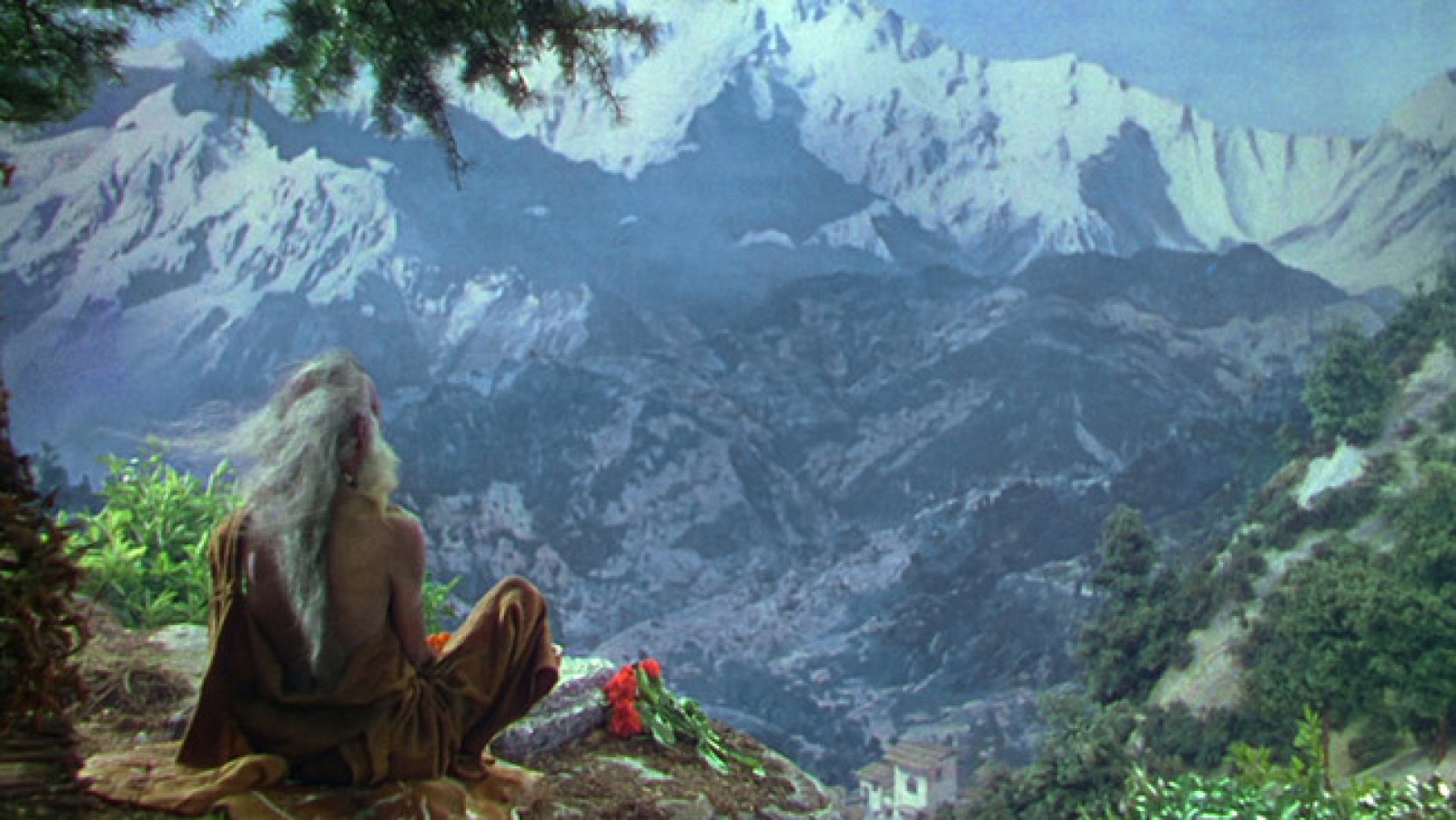 Legendary cameraman Jack Cardiff is responsible for the sterling and Oscar-winning cinematography. Equally stunning is the art direction, which created very realistic mountains out of papier-mache that stand out as some of best ever put to flim.

Black Narcissus looks amazing but that visual glamour never spreads over film’s story and its characters, there’s no poetic romance or heartwarming humor here. Powell and Pressburger implant the darkest and most unsettling themes in film’s appealing pictures and thus create something that will terrify you with its contrasts to create an immensely powerful and thought provoking masterpiece to put it simply that you will adore watching again and again.

So today I talk about Camille which I review for my friend Crystal’s blog for THE Greta Garbo Blogathon today.    Greta grabo gives out amazing performances on the screen in her many roles on the screen. I review Camille a classic drama that showcases the amazing talents of Greta Garbo for the screen for this this BLOGATHON today. I would advise you to check out other posts form this event today. I will begin my review now of this classic gem.

Camille of all love stories ever put to the screen few are done as good as this movie is done for the screen. It is a movie about unquestionable love from a lady that has played many men and that has been played many times over when she meets a younger man she finds love to be the happiest girl on earth as she gets sick in the end. It is truly very sad to watch her lose her love on the screen.

Greta Garbo channels the soul of this damaged soul so perfectly in her performance. She pulls at your heart strings by her acting skills for the screen. This movie shows you why Garbo was such an amazing legend that acted on the screen..Robert Taylor plays one wonderful role in the movie. The supporting performances of the cast of this movie are all wonderful to watch unfold on the screen. George Cukor crafted out one of his finest classics all time. The costumes are gorgeous as an example of French extravagance despite the fact that Camille was made in the 30s. Greta Garbo earned an Academy Award nomination and the New York Film Critics Best Actress Award for her memorable work in which you can see why in this movie as it is truly an amazing performance  to watch unfold on the screen. 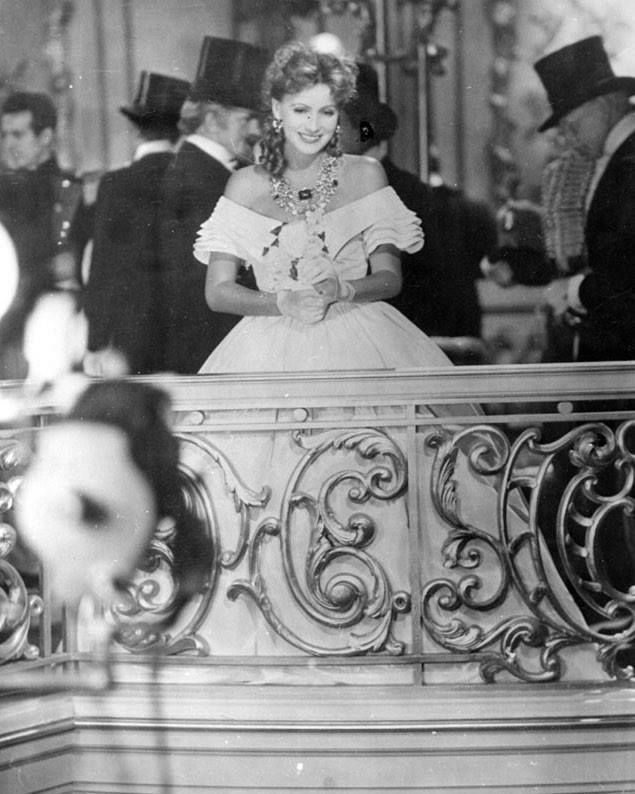 Camille is a film that will live on forever in our hearts. This movie is a wonderful gem that you should see today.

I hope you enjoyed my talk about Camille today which stars Greta Garbo in what may be one of her finest hours on the screen for THE GRETA GARBO BLOGATHON as i truly enjoyed talking about one of my favorite movies all time that really is one of the finest hours you can watch off movies. I hope you enjoyed it as much I enjoyed talking it today to you. See you next time for another classic review soon.

A Book. A Thought.

"A Room Without Books is Like a Body Without a Soul"